With the Cara Box exchange, I really wanted to make everything for Lesle.

Here was my train of thought.

She had said that she loved labeling and organization throughout her blog, so I thought I would create containers that had really cute labels on it. 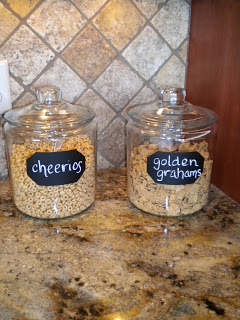 That is not how they turned out. Here was the sequence of events.

I had tried mod podgeing scrapbook paper labels I made, but my sample one looked atrocious. The mod podge I used did not dry clear as I had thought. It was cloudy and streaky, and just plain ugly. The pictures don’t show the injustice of the mod podge, so it is not even post worthy. But the jar still works, so we are still using it…in the closet.

So nix the label idea.

I decided that I was going to paint chevron stripes on the remaining containers I had because that was something else Lesle had mentioned.

I bought the new chevron painter’s tape they have at Lowe’s. Genius! Fairly pricey, but so worth the headache I had endured before trying to do chevron.

So I painted my merry little way all over the jars. 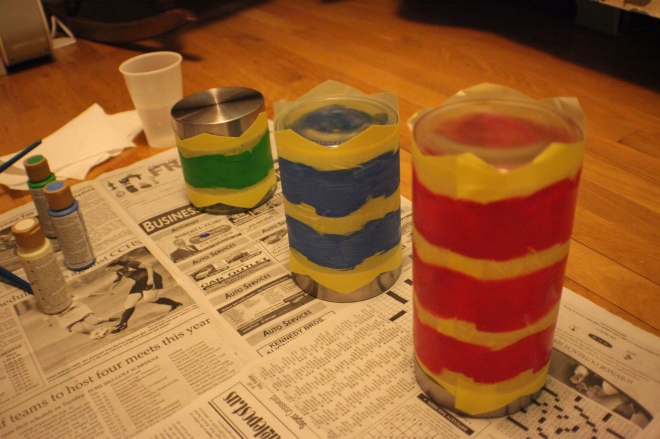 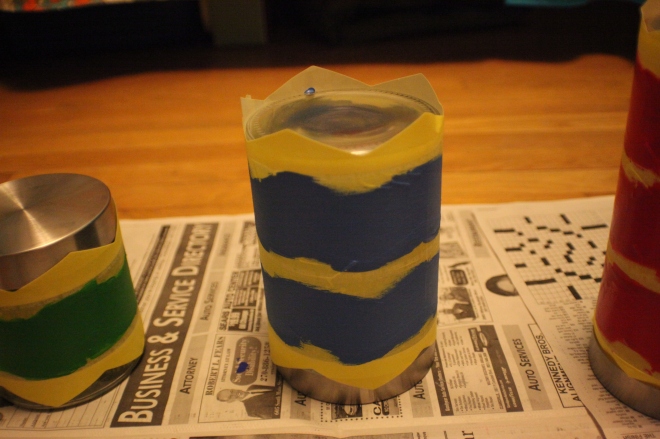 Then I tried peeling off the tape.

Curse of the ugly jars. The tape just took off the paint with it. I will admit, I should have used different paint, but I was still upset. It basically turned to rubber cement on the jars and was easy to rub off.

I started scrambling through my craft closet to see what I could come up with.

I found some decorative buttons and frilly ribbon and pulled out the go-to hot glue gun.

And this was the final and perfect product! 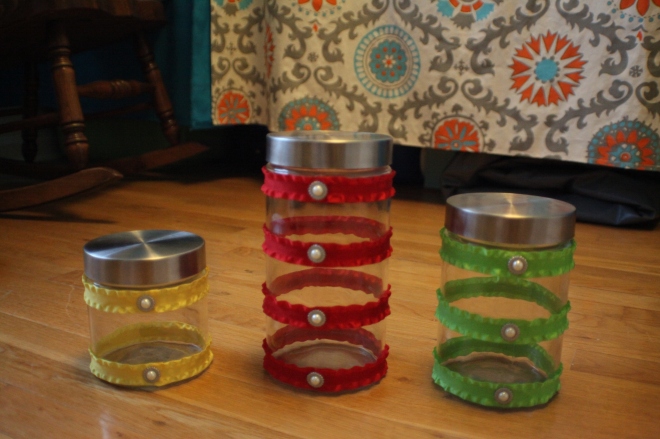 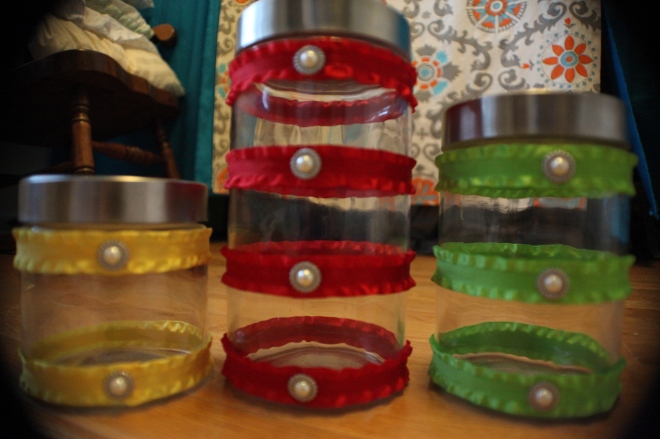 I think they turned out pretty swell considering how many try overs I had. And bonus, I used these to hold all the other goodies I sent her:  tea, crocheted scarf and dog treats for her dog.

So it maybe wasn’t the labeled goodness I had envisioned, but hopefully she can still use my Pinterest fail to be organized in the house!

One thought on “My Container Store”