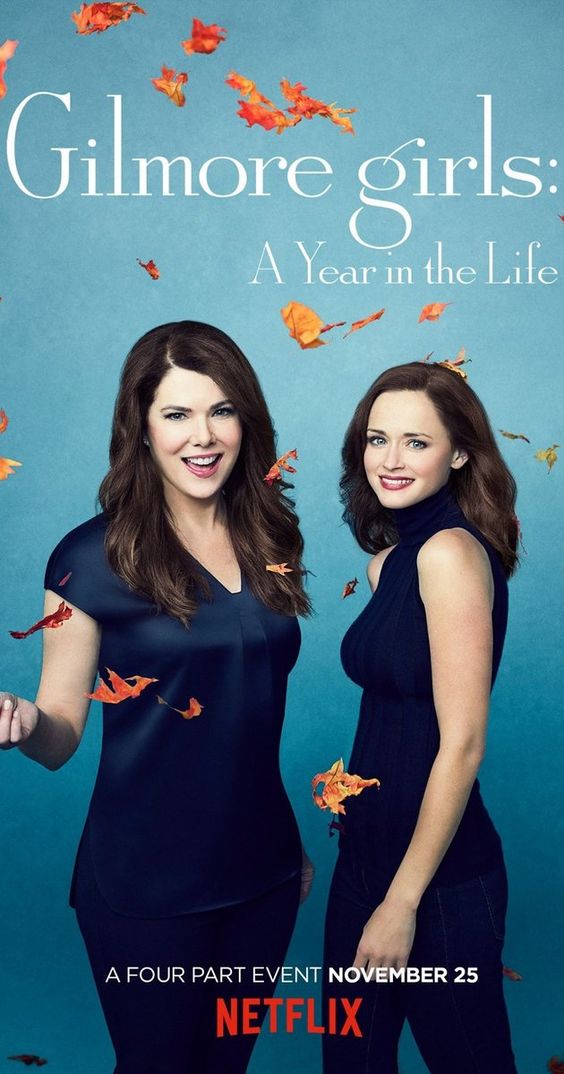 It’s about time the revival is here. This is one of my favorite shows of all time. I am sure there are many out there that share my enthusiasm.

I have re-watched this show so many times. I resonate with both Lorelei and Rory for different reasons each time I watch it.

As I have re-watched it though, here are some things that I have noticed that are odd:

All in all despite these questions that obviously only come out when you binge watch the entire series every couple years, I am obsessed with this show. I can’t wait for it to be released this weekend. I have been reading every article posted about the revival.

I am excited to see what books Rory is reading these days.

I am excited to see how the Dragon Fly is doing for Lorelei.

I am excited to see what job Kirk has now.

I am excited to see Emily’s meltdown.

I am excited to see old friends like Paris, Lane, and Sooki.

And as with everyone else, I am excited to see who will Rory end up with. If I had to pick from her former interests I would obviously pick Jess. However, I am hoping that she doesn’t feel like she has to end up with them and maybe they will surprise us and bring in someone brand new for her. Or maybe she doesn’t need a man to define her and they will leave us in the same spot they did at the last ending.

Oy with the poodles already.

Also be kind if you watch it this weekend. Some of us won’t be so lucky to binge these four episodes the moment it comes out. Holiday traveling problems, y’all. So keep those last four words to yourself. Don’t spoil it for the rest of us.

Who else is excited to see our Girls again? What’s your favorite story line?

3 thoughts on “Oy With the Poodles Already.”