We all have those people that we can be with that make it seem like you go back in time or you just start right where you left off even if it has been years since you have seen each other.

Fortunately, the timing could not have been more perfect for me to have that exact experience. Last weekend, was the Disney Princess Half Marathon in Orlando. I was able to run with two good friends from grad school who I have not seen in a long time. As soon as I got in the car from the airport, I became Glinn again. It was like my identity had rolled back to a simpler time when I was known by my last name, my maiden name. (I went byGlinn for years through sports and having a common first name. Bless being born as an 80’s baby.)

I felt at home, tending my roots per say. Not that I don’t feel at home in Iowa; I love my life here. But this trip was a needed distraction from my daily life as a Whitener. As a Whitener, there was a constant feeling that part of my life wasn’t complete and I was just waiting. Always waiting.

You see, my husband was scheduled to come back last week. Yes return from deployment, come back. So you can imagine that I needed a distraction from the fact that I had less than a week before being reunited with the hubs after 6 months. And then Iowa decided to have a freakout with snow, so needless to say I did not need to be holed up in my apartment counting the seconds or snowflakes coming down before I could see that plane come in.

To be known by my last name for most of my life made me have a little identity crises when I first got married. Who was this Whitener person? It has taken me nearly 2 years to not flinch when I say my name because for second I forgot who I was. The other day, I still responded with Glinn as my last name-whoops. I have made myself look like an idiot on more than one occasion because I can’t remember who I am, and I fumble over my name. It’s like you have amnesia every time you have to introduce yourself.

So it was really nice to fall back to Glinn for a weekend. Although, I did freak out my girlfriends when I had to use my Whitener name at registration.

Glinn had given me a foundation. I grew up Glinn, and I will never lose it. My Glinn clumsy gene doesn’t let me soon forget. But sometimes it is nice to bring the Glinn side to the forefront just a little more.

It was so nice to visit with old friends and be able to share the memory of doing a Disney race together. When I signed up for the race in August, I knew it would be fun to get away from the Iowa winter and be with my gal pals. But I had no idea that the timing would be perfect before Tom and I’s reunion.

Anyway, doing a half marathon at Disney, was one of the coolest things I have done. Anyone who is a runner should definitely consider a Disney race for the experience. Throughout the race they had staged Disney characters that you could stop and take pictures with-or just enjoy as you run through as we did. I only stopped at the castle-eek! It was also really energizing to run through the parks midway through the race. It made running 13.1 miles just a little easier-not much but a little. Running through the castle was certainly magical. I felt famous with all the cameras and people lined up to cheer you on. Total ego boost.

It was a great experience, and it was awesome to see all the costumes and creativity. It was just a fun and silly weekend all around. Like I said, perfect distraction. And who doesn’t love dressing up in tutus with close friends, and thousands of total strangers? 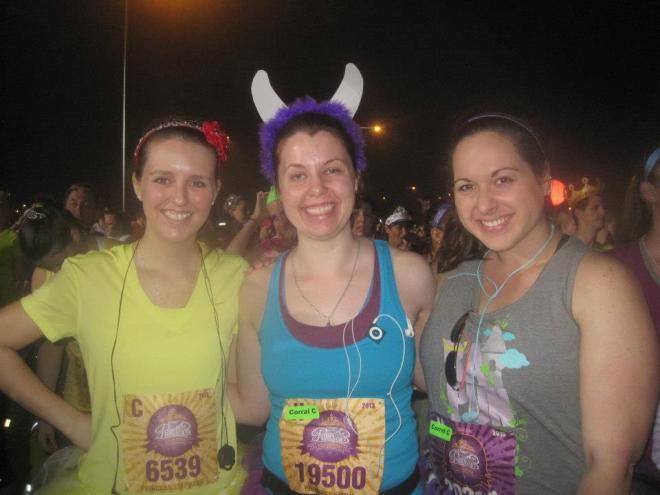 So here’s to being Glinn again, or still.

This craft was really easy to make. You need scrapbook paper, frames, velcro tape, and a dry erase marker.

I already had scrapbook paper that had the planner design, so that made that part easy. 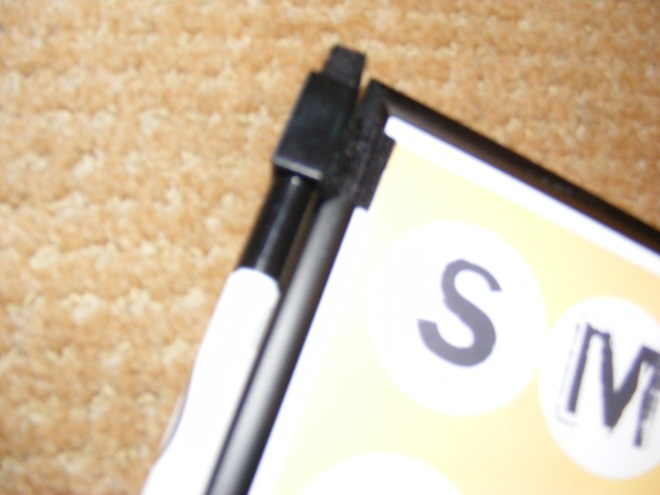 You just put the paper in the frame. Then put a piece of velcro tape on the frame and the marker. I bought the markers that have little erasers at then end to make it as easy as possible, but you don’t need these.

Then, there you have a dry erase calendar. 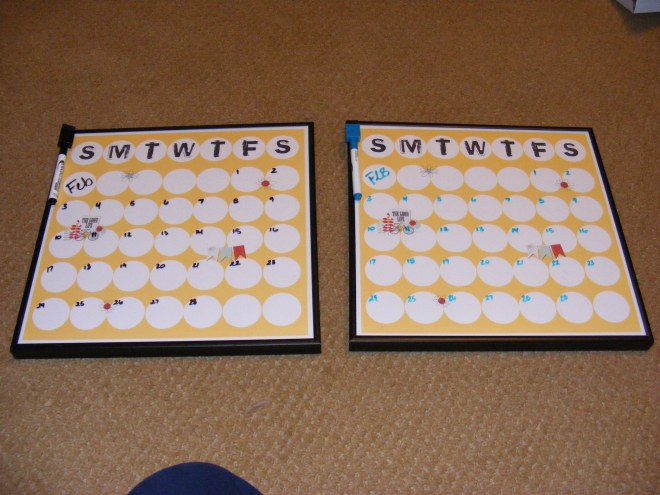 The next couple posts will be about Tom’s return home! I just need to find some crafts to do for them.

One thought on “To be Glinn Again”