My TV habits slow way down in the summer months, but I have a few shows I have been keeping up with.

So You Think You Can Dance 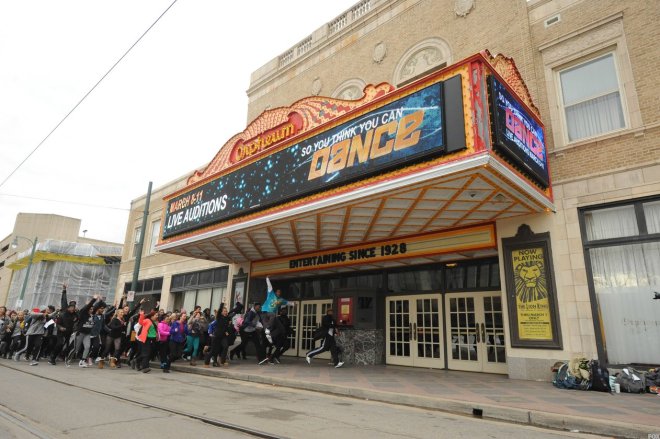 This is one of my favorite shows. The talent and creativity shown is just inspiring. Many of the top 10 end up going on to Dancing With the Stars, so obviously I love the connection. I really like the new judging panel of Nigel, Paula Abdul, and Jason Derulo. Paula is really quirky, and she wears her emotions on her face or by the noises she makes. So you can tell right off the bat whether she likes something or not. I was really surprised by Jason’s dance knowledge, but come to find out he was classically trained in dance since he was really little (like 4 years old I think). And Nigel is just Nigel, the crusty old British judge. They are now done with the auditions, so next week we will see Vegas week. That week always makes me nervous because it really pushes people to their limits, and some prosper and some fail miserably. I do think this new format of street vs stage is interesting. I am not completely sure how it will play out yet, so I don’t know if I like it yet. I love the idea of the mentorship with Twitch and Travis. I think that will be a really cool dynamic to bring to the set. There have been some phenomenal dancers, so I can’t wait to see the numbers they come up with. I loved Jim the ballet dancer if you were curious.

Oh. My. This season. I don’t even really know where to begin with my comments. Kaitlyn really does her own thing, which I can appreciate to an extent. I do agree with her that she does need to kiss people to see if there is that intimate connection, but I still am not sure how I feel about what happened Monday and how far she has gone. That isn’t a route I would go, but that’s apparently her prerogative so who am I to judge her choices. I also wouldn’t go on a reality TV show to find my husband, so there is that. I do not really like Nick being on the show in the first place. I was not the biggest fan of his when he was dating Andi, and I think he is still kind of a sleazeball. And I think there is something fishy about him waiting until the show actually started to reach out to her instead of when they were “talking” before the show began. I think it will be interesting to see how this talk with Shawn goes. I think Kaitlyn is going to blow her secret and the real drama will begin. Also I really liked Shawn until he started showing all the jealousy and got drunk off it. It kind of ruined him for me. You know what you are getting yourself into when you sign up for this show. She is dating 25 men AT THE SAME TIME. Anyway, that convo will be something. I really DO NOT like this new format of doing a cliff hanger every week with the rose ceremonies. It is driving me crazy that they are at the beginning of the episodes now.  Grrrr. My favorites after this week are Joe, Jared, Chris, and both Bens. Ben H. is my first choice for her. He seems like someone who can keep up with her wit but also keep her grounded.

They said this season would be all about answers, but four episodes in I still only have questions! I honestly have no clue what is going on. But I guess that is the attraction to this show. I wonder if these girls will finally graduate? Also did you know that the actress who play Ali is only 19 in real life? That means she was super young when the show started. Anyway about the show, it is still packed with drama. I am skeptical of this new cop, but you are always skeptical of new characters on this show. I have no idea if Charles is alive or not, but obviously there is something surrounding his time in Radley. Initially I do think that he is alive, and he is taking his frustration out on Ali for living the life he should have, but that doesn’t explain why he hates the other girls. I also think there is something not right about Sara. She is creeping me out. I don’t have much more to say because I am so utterly lost when it comes to PLL.

This is a new show on ABC. When I saw the commercials initially, I thought no way jose. It looked creepy and scary and not up my alley at all. But it comes on right after the Bachelorette, so I caught the first 5 minutes of the pilot, and I couldn’t help but get sucked in. It is really creepy, but I am hooked on the suspense. I don’t think I can really explain the plot because there are so many different variables that when I try to explain it becomes really confusing. But the premise is there is this entity that is speaking to children and getting them to play this game to do pretty awful things. The parents think this “Drill” is an imaginary friend. And all of the parents seem to have some high power/influenced job. I feel like the ultimate result is world domination through these awful acts these kids are doing (like making their mom fall out of a tree house). There are some other plot lines that are playing into it that I haven’t figured out, but it is only few episodes in. If you are looking for something with a little mystery and suspense this is a great show. It is a little more on the SciFy realm–a little. These kids are phenomenal actors too! This is not a show I can watch before bed (because I am like a child and will have legit nightmares).

This is based on the book by Lily Koppel. I have had this book on my to-read list for a long time, and I have now since ordered it and will be my next book to read. I have only seen the pilot of this show since it just started last week. Naturally, I love a good period piece show, and this era is on of my favorites stylistically. I could just watch the show to see what the women are wearing and be just fine. So since this is based on a true story, and since I haven’t read the book yet, I was on the interwebs most of the episode to see how much of it was actually true. I would have to say for Hollywood standards, they did a pretty decent job (at least from my brief internet research). Some of the pictures they staged for the magazine, are exactly the ones they did in real life, wardrobe and all. This show is meant to show the side of the wives of the Mercury Seven, which was the space program for the first US man in space. These women became famous and model “homemakers” during this time thanks to a spread in Time Magazine. I am really fascinated by this, so I will definitely be tuning in for every episode. I do know that right now they have only guaranteed this as a summer 10 episode mini-series unless it does extremely well. Then they may come back for another season. From just the pilot alone, I think this would be a great summer investment! (Although, I may just record all the episodes knowing there are only 10, and wait until I finish the book to watch the rest.)

What are you watching this summer? Have you seen any of these shows?

Here are three shows that have been taking over my DVR.

This is based on America’s first spy ring during the American Revolution. Felicity was my favorite American girl doll, so I was fascinated by this time period every since I was little. Tom also loves the American Revolution, so when we saw commercials for it, we knew we had to tune in. It has not disappointed! It is a beautifully done show. The costumes and settings are dramatic and vivid. The acting is pretty spot on. The story line is very interesting as it shows how little events can turn someone one way or the other in the war. It also does a good job of showing all different sides of the war:  British over-running towns, soldiers captures, the original Rangers were actually working with the British, how dangerous collecting information can be. I also like that it shows that there are good and bad people on both sides and how values become ingrained into people. From what we can tell, it is fairly accurate. Obviously they are going to take some liberties to infuse drama, but a lot of the basics are based on reality. It really is a fabulous show to watch, so if you haven’t seen it yet, I highly recommend it!

“The Bachelorette” on ABC

This is one of my guilty pleasures. It is an absurd show, but I just get a kick of it. I always get invested in the love story whether they end up together or not. The drama divas are the reason I have been watching this franchise for over a decade. My current favorite guy is Chris the farmer. Anyone else have a favorite?

“So You Think You Can Dance” on FOX

I love when this comes on during the summer! It is a wonderful premise of showcasing unknown talent and grooming them to be America’s favorite dancer. It is basically the dance version of American Idol. I am interested to see how the change the format of the show this year. I like how they did it last season where the first part was with the same partner from the season and then they paired them with a different all-star each week after the half way mark. The routines that the choreographers come up with is phenomenal. There have been some doozies, but some that have just wowed the pants off of me (not literally). I already cried on the first episode…so many emotions. I just love watching people pour their whole self into a dance number, and to watch these individuals grow throughout the process is very special. And who doesn’t love the Hot Tamale Train? (Oh yes, that’s my husband…)

Do you watch any of these shows? Do you have any other summer favorites that you are watching?