What I did last week:

Thursday-30 minutes running on a treadmill

Saturday-1 hour of BodyPump. I had to take breaks in both the bicep and shoulders track. The planks got me too. I am not a planker. We also walked the dogs for 20 minutes that afternoon.

Sunday-20 minutes of dog walking. It was so nice outside this weekend!

Monday-1 hour of BodyPump. I made it through every song except shoulders. Those dang shoulders. Oh and I did punk out on planks for a few seconds again. We also did another 20 minute walk with the dogs. We discovered that Sonic is less than a half mile walk from our house. (I know what we are doing during the summer for date nights.)

My squats and lunges. With my knee injuries, sometimes it is hard for me to push through these sets, especially lunges. I cannot do weight during these exercises so sometimes I feel really weak. But I really rocked them this weekend with my form and making the most out of the set. It may have burned, but I felt really powerful and strong throughout that whole routine.

Making all of my workouts:  I missed Wednesday and Tuesday. Tom’s schedule changed this week with the academy, so it interfered with my Tuesday workout. Normally he picks G up on Tuesdays, but he had to stay late for class. I was going to workout at home, but once I got home it seemed like everything else was calling my attention:  George wanted love, dogs wanted love, dishes needed to be done, a meal needed to be cooked. So I just plopped myself on the floor and played with George instead of doing some cardio. I started my bible study this past Wednesday, and by the time that was over and George was in bed, I just forgot to do my ab workout.

Did I meet my goal from last week?

I made it to two classes this week and wasn’t late to either of them!

What is my goal for next week?

It is really easy to push working out to the back burner when you have meals to cook and dogs to get home to or whatever else. I was really discouraged when I first looked at the fact that I missed two workouts, but then I began to think about it that I made four of them. I don’t want to get into a place that I am habitually missing workouts, but at the same time I know that I need to be flexible for those random days where other things need to come first. Last night it was more important for me to play with George than it was for me to do jumping jacks. And that is ok. I think we often beat ourselves up when we “miss” a workout, and then that can quickly spiral into missing lots of workouts. Like I said I don’t want this to become a habit, but I also don’t wont to be defeated because it happened. I think if I workout at least four days of the week, I made a good effort to be active that week. 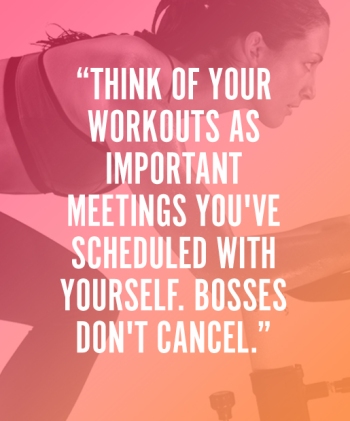 Who are we kidding? George is the boss around here. He does what he wants.

Does anyone have surviving plank secrets?