Right after the big day, Tom and I had some big decisions to make. I would say they were not your typical first year of marriage problems. To make sure everyone is following along, the year was June 2011 to June 2012.

I was about to start my second year at Iowa State in a position that I loved. Tom, however, had not been as lucky in the job search realm. He had been interviewing for police positions all over the central Iowa area, and even some departments more than once with no luck for over a year.

We decided after the wedding Tom would apply for one more department. He had always talked about going into the Army. If you remember during grad school, he had considered enlisting, and I wasn’t as on board then. If he wasn’t able to find a police position within the first six months of our marriage, we agreed that he would enlist. I finally saw that it was something he needed to do. We felt that it would help in the future for job searching or it could end up being a career move for him. Either way, it would be a way for Tom to provide for our family and have some career satisfaction.

The next few months we waited for some good news. We filled our time with trying to act like a normal couple without this huge decision on our shoulders. We went to ZooBrew like champs and visited our families. 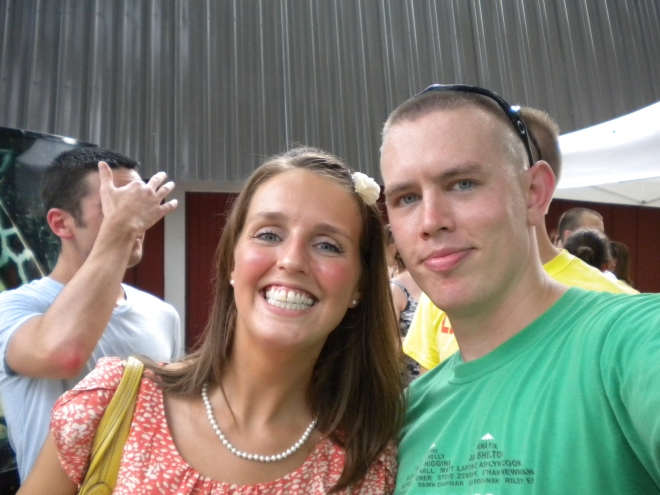 ZooBrew was one of our favorite summer time activities. Booze and large animals? Yes please. 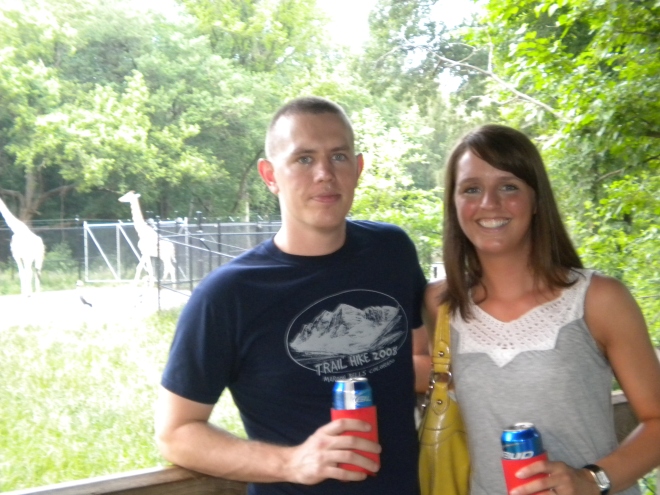 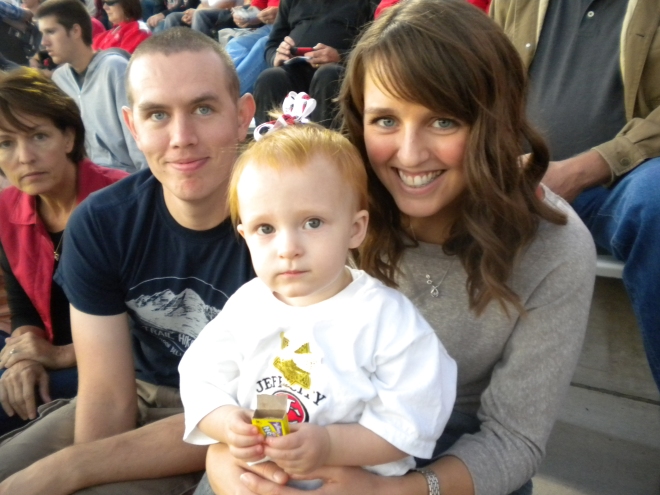 Getting in some Nuncle Tom and Aunt Teffie time with our beautiful little niece.

During all this madness, we decided it was a good idea to get a dog. It was not our intention to get one until we had things figured out, but things just kind of spiraled out of control one weekend. Before we knew it, we brought Grace home that Halloween. By far the best thing that happened that first year! (Also in writing this, I realized that I have never wrote about Grace’s adoption since we got her prior to my blogging adventure. We told Crosby’s, so I guess I should maybe plan to tell the full story about how we got Gracie lady!) 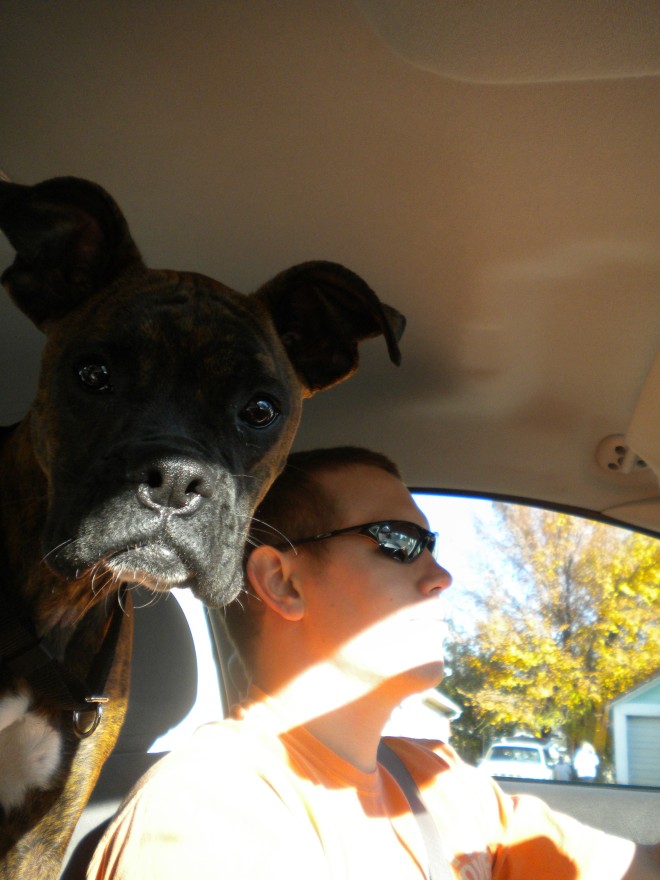 Grace on the way home with us from the shelter. Now seeing her pictures from back then, I can see she has definitely grown since we got her at 36 pounds!

Grace managed to keep us busy and definitely made things happier for us. We were feeling like a family and things were normal right?

Well our life likes to be tricky and never goes as we planned. There were still no job prospects…crickets I tell ya. So Tom enlisted into the US Army right before our 6 month anniversary. Tom would leave that March for Basic Training, and we would have to endure long distance once again.

Fun story though, while Tom was at MEPS (Military Entrance Processing Station-where he officially enlisted and did all the initial testing/signing his life away) he got two calls for job offers. One was for a police department, and one was to teach Criminal Justice courses at a local college. Seriously? This is our life… 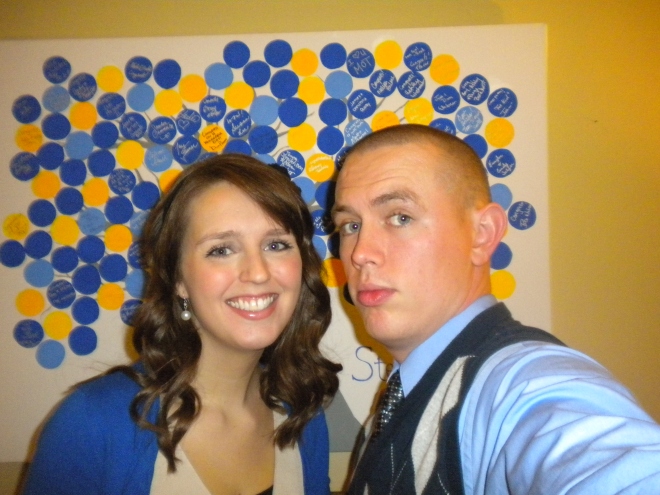 Since we knew that Tom would be gone for our first anniversary, we decided to celebrate our 6 month as if it was the whole first year.

I managed to throw the most epic surprise going-away party ever for Tom, which is saying something because I am the worst at keeping secrets. It was a great day to celebrate and be with friends and family before our life changed completely…once again. 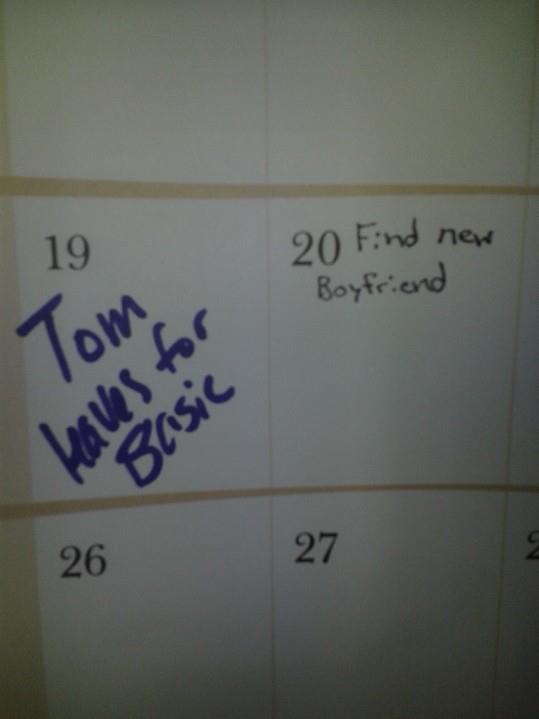 Tom humor on our kitchen calendar.

He left for Basic Training at Ft. Benning GA in March and did not graduate until July 3rd after our first year anniversary. For those 3.5 months, we talked mostly in letters. We each wrote one every single day, which are pieces of our life that we still have in a box to cherish for a life time. We talked on the phone twice the entire time. One happened to be around my birthday and the other was on our anniversary. We were lucky that these days fell around Mother’s Day and Father’s Day so they got to use the phone for those things. And my wonderful husband choose to call me quickly as well before he talked with his parents. Such a cool feeling to hear him talk after silence for months.

This kind of distance was much different than our first go around obviously. Since our communication was very limited or delayed, there were a lot of first year marriage milestones that we didn’t get to experience or where one of us had to make decisions on our own without the knowledge or input from our partner. I knew he was out of danger so there was something romantic about writing love letters every day to him before I went to bed. Granted I would rather of had him home, but you have to look at the positives. Every day, I wrote to him “I love you more than yesterday.” And every day it rang true.

Not much else happened those few months besides me taking a picture of Grace every day to mail him. Having Grace was the best distraction while Tom was away. I mean work definitely was distracting too (have you ever been on a college campus during move out?). But really I just hung out with Gracers for the most part being an obnoxious dog mom. 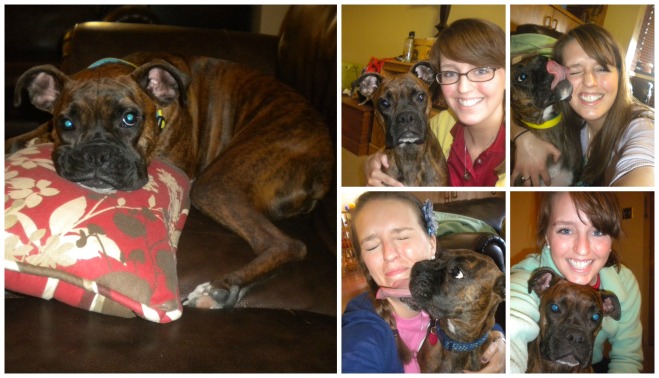 These are just a few of our gems.

I did get to see him for one weekend while they had pass. It was a glorious couple of days. I will never forget how skinny he was then! It was like I was married to a different person. 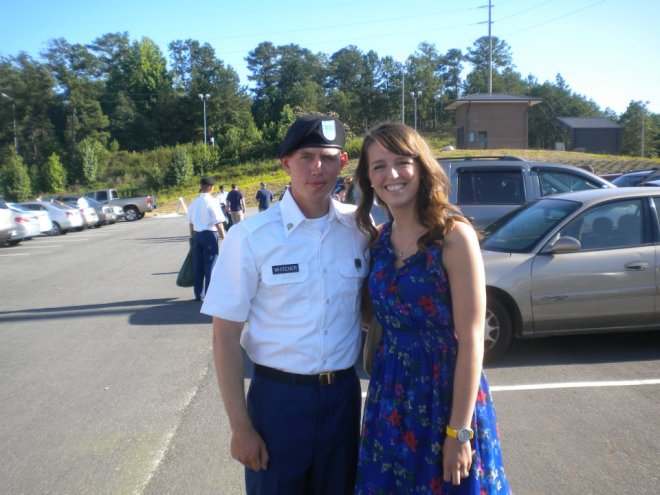 I also had it in the back of my mind that this could possibly be my last year at Iowa State before we had to move to wherever the Army sent us. So I just tried distracting myself with making the most of the time I had there.

It may sound horrible, but I honestly don’t remember what I did for our anniversary that year. I probably took Grace for a long walk and did nothing if I would have to guess. I may have taken the day off work…

But in all fairness I knew we had a big reunion coming up in the next month with his graduation. I was just counting down our long distance days at this point.

Come back next week to see how year two went with Basic Graduation starting us off! Thanks for reading every week! 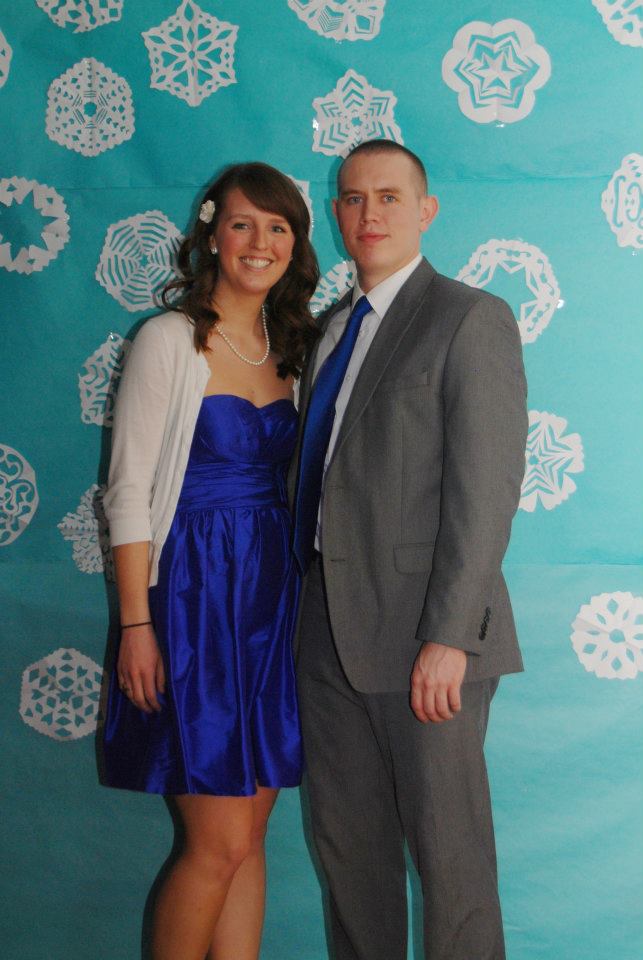 At least we looked good that year! (I also had perfected the wavy curl look, so it is obvious I used it on every special occasion…)