Upon the move to KY, I was anxious about making a new friend base. And I knew that church hunting may take awhile due to traveling and Tom and I’s various tastes in church services.

Not wanting to leave the connections I had made in Iowa behind, I reached out to two girlfriends of mine with the idea of doing a women’s devotional virtually. The three of us share a lot of philosophies and beliefs, and made it to church together on a few occasions. I knew they would be good women to “meet” with regularly. One for my sanity, and two for spiritual growth.

Now we all live in 3 different states: Iowa, Indiana, and Kentucky. Bummer.

After kicking the idea around with several different book titles and how we wanted to actually enact this plan, we finally settled on this book. 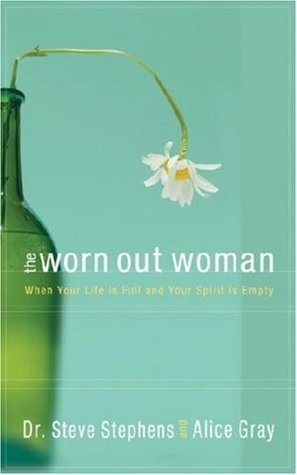 Being in a highly demanding field and with our roles at home, we felt like this would be a great read full of discussions about how we can simplify our life and wake up our spirit.

The way that the book is structured makes it really easy to do a group devotional. There are 18 chapters which are fairly short, and make for a pretty quick read. In the back there are suggestions of discussion questions. There is also a note section for each chapter as well, which I found interesting to find corresponding Bible verses.

We video chatted once a week when our schedules permitted about a chapter or two (sometimes three). It took us most of the fall semester to finish the book even doing several chapters at a time because of our “full lives.” I don’t think we met for most of November…

We would spend about half the time chatting about the chapters, and then the rest of the time was catching up and being a support for one another.

I will admit, that this would not be a book that I would recommend readily. Most of the things are pretty self-explanatory and ideas we had heard before (especially for us 3 coming from a helping profession and with Master’s degrees heavily inundated with counseling skills).

I think we were all disappointed as well on the lack of scripture throughout the chapters as well since we had set out to do a Bible devotion. Like I said it does have some references in the notes section in the back to the Bible, but not every chapter had it.

However, it does serve as a great pick-me-up and a good reminder on the little things we do every day that wear us out. All three of us were starting some new things in our life that were a tad stressful to our loads. One was starting her PhD, the other going through the Dave Ramsey financial class plus moving houses (again), and I was just all kinds of new down here. So in that retrospect, we did have a lot to talk about with each chapter, but it became more of a release than a life changer. The chapters just became a starting point for our discussion on how things were going. The book did helped us realize we weren’t alone and was a reminder about attitude adjustment.

My favorite chapter was the “Yellow Umbrellas.” This portion discussed random acts of kindness and encouragement. Everyone wants to feel special and needed, so even little things can make a person’s day. There is a wonderful story about a man who randomly bought an elderly woman flowers while in line at the store. She said that she had not gotten flowers since her husband passed. These flowers meant the world to her in her time of loneliness. This is really the only chapter that resonated with me past finishing the book. It was just so touching and endearing to think about the small things we can do for one another, and how in turn that can lift our own spirits.

Favorite Passage:   “On days when you are feeling negative and irritable or just plain worn out, let the simple pleasure of doing random acts of kindness lift your spirit. It’s like giving yellow umbrellas to cover the rainy days of life.”

(I had thought about making Yellow Umbrella my blog domain for a bit. I was so inspired by this chapter, but with How I met Your Mother being all about the mystery woman with the yellow umbrella, unfortunately most variations of that title have already been taken.)

I even had it planned out that this would be my header before I decided to nix the idea and have plans for a different direction. I just love this photo though.

This does specifically gear towards women, however I think the concepts are universal. As I said, most of them are pretty obvious concepts. This book will repeat what any self-help/distressing book is going to say. This just had the undertones of a devotional.

All in all, though, we had some great discussions. This chat was something I know that I looked forward to each week. It was a great way to stay in touch and gab about life.

Thanks to technology and Google Plus, we can all video chat at the same time which is awesome!

We have picked out our next devotional and will be starting back up this weekend!

Have you ever done a group devotional? Do you have book suggestions for us in the future?