I have one Halloween tradition:  watch either Harry Potter in its entirety or Hocus Pocus. Some years I have done both.

To be honest, I just haven’t had the time this year to invest all the time to Harry Potter. Plus Tom wasn’t really up for it. Maybe this will be November’s challenge with my upcoming free time.

So I just subjected Tom to about an hour and a half of a moviecation.

He had never seen Hocus Pocus!

So we watched it as we waited for trick or treaters this year. 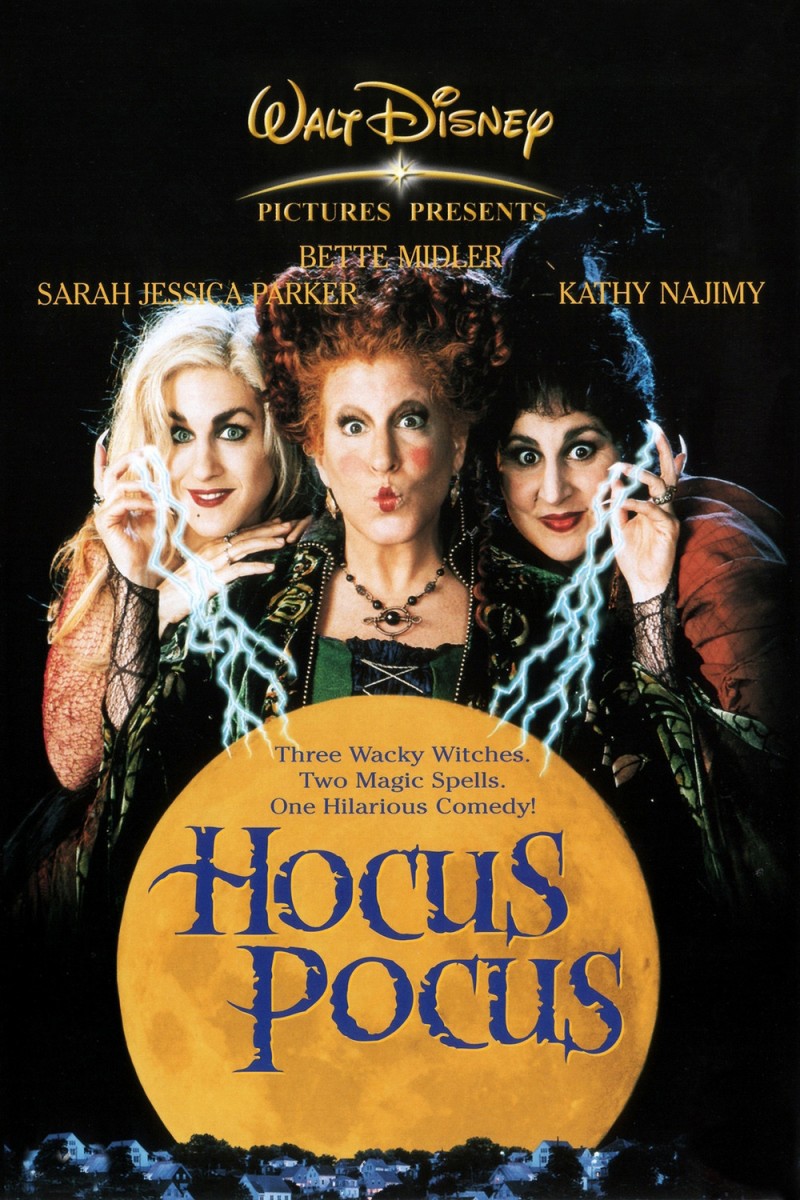 This is my kind of scary movie. Totally predictable and cheesy.

When I was in middle school, I was obsessed with Bette Midler. I am not really sure where that started, but this movie probably helped with that matter. I did several book reports on her through middle school and high school. Not your typical 8th grade read, but I just thought she was the bomb.com.

This movie is about a kid who reawakened three witches from 300 years ago in Salem. They basically suck the life out of children to stay young. So the whole movie is about them chasing each other around to end the madness.

I love Dani. She is a no-nonsense kid who loves her older brother. She is adorably cute through the whole thing.

Her brother on the other hand; I wanted to punch him most of the movie. He was just a dumb love sick idiot. But you could tell he loved his sister as he valiantly sacrificed his life at the end, so I have to give him credit for that.

My favorite parts are seeing the Sanderson sisters react to the 90s culture and new age inventions like roads and candy bars.

It is a silly film that is all about Halloween traditions and tales. It is very cheesy and for me a must every October. I was looking up critiques of it this year and found that when it first came out, the ratings were awful for it. It was doomed to vanish like the Sanderson sisters did in the movie. However, people like me watch it every year and it has become a mainstay on certain channels every fall. On several sites I read that this movie has reached “cult status.” It’s funny how the DVD and cable market can change what used to be controlled only in the theater.

Is there a movie or show you have to watch to get into the Halloween spirit?

Friday Filters offer a review that are my own opinions. I was not contacted by anyone associated with these works or compensated for my review. My review has not been influenced by anything other than my love for entertainment and art.

Daphne had a great first day of school! For the girl who I have to stand with at soccer because she is so shy, she walked right into class and was talking Mrs. Dunn's ear off about her butterfly backpack.
On the eve of the first day of school, I have so many emotions about Daph leaving us, but they are so different than when George started school. I am so excited to see her find her way!