I am still trying to take advantage of our cable package especially since going to the movies is something of the past and far future right now. We have been able to get through quite a few since George has been born.

Plus it’s nice to have a pantry of snacks and being able to pause to go to the bathroom. 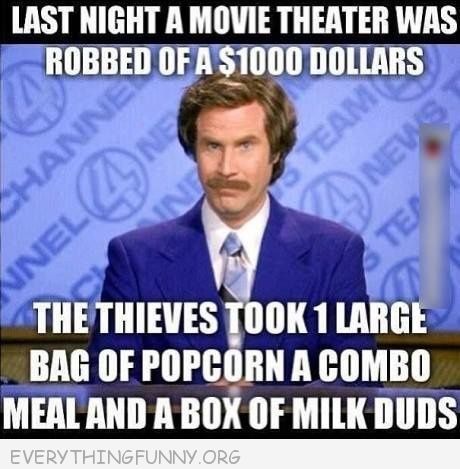 1. Zero Dark Thirty– This film is based on the missions to find Osama Bin Laden after the attacks on September 11th. It is a harrowing depiction of the man hunt and is not for the faint of heart. We really enjoyed the movie and felt that they did a good job with what is known about the events. I believe this was also a breakout role for Jessica Chastain. She did justice to the main character. Definitely a must watch!

2. The Normal Heart– This was a made for TV movie. It was so good. I laughed and I cried. I felt anger and disappointment. This movie is a play adaptation starring Mark Ruffalo (love him) who is a playing a gay activist in the early 1980s. It tells the story of the rise of the HIV/AIDS crisis specifically in New York. Ruffalo’s character starts an advocacy group to try to get better medical care and attention to this issue. It shows how quickly things escalated with the disease and spread, and how so many were trying to understand why no one (in power positions) cared about all those that were dying. This was an era where being gay was widely viewed as a sickness in itself. This was a heart-wrenching movie. One because it shows how far we have come as far as acceptance and advocacy goes, but also saddening to see some of the issues that are still around today as if nothing changed. Another must watch! (There are a lot of big name actors in this too! Julia Roberts, Taylor Kitsch, Jim Parsons…)

3. The Internship– This was a kitchy comedy starring Vince Vaughn and Owen Wilson. The two friends lost their jobs and embark on a journey to be the new interns at Google. The whole film follows their antics to keep up in the Google world. It had some funny moments, but it was not the best movie. I felt like they were trying to use the mojo of Wedding Crashers, but they missed the mark. I love them both and I am glad I watched it, but I won’t watch it again.

4. American Hustle– This movie got so much hype last year. It had a high billed cast:  Bradley Cooper, Amy Adams, Jennifer Lawrence, and Christian Bale. It was about two con artist who were used by the FBI to run a sting operation to bring corrupt politicians down. As I said, this movie got a lot of hype and award nods. The acting was good, and the design was good. However, I just couldn’t get into it. I just don’t see what was so great about the movie. So I am probably alone on not appreciating this movie…

5. Monsters University– This movie was adorable. It is the prequel to Monsters Inc. It tells the story of how Mike and Sulley met in college. It is unbelievable what they can do with computer animation now. UNREAL. You don’t have to be a kid to watch this. Great fun watch.

6. Veronica Mars- I loved the TV show Veronica Mars. I was so excited to hear that they were making a movie from the Kickstarter campaign. Who doesn’t love a little Kristen Bell action? Anyway, this movie is set a few years after the series finale. Veronica comes back to her hometown to help her old beau free his name. It was just as good as the series-quippy mystery solvers. Just delightful. I also loved the cameo appearance of Dax (Bell’s husband).

7. Brave– This is another Pixar film that was cute. I enjoyed the turn that the main character isn’t so much a damsel in distress as many movies were as I was growing up. Merida defies family traditions, but in doing so she enacted a curse on her mother. The movie follows Merida’s transformation and realization about family love. I am kind of excited having a kid just for the sake of having a reason to watch kids movies again.

8. Frozen– I know I am way behind the Frozen craze, but I finally got there. Another cute kid’s movie. While I think it was good, there is still a lot of room for growth to beat out Beauty and the Beast. Also I watched it with my niece who knows all the words. ALL THE WORDS. The movie is about two sisters who had grown apart due to ice magic and how they come back to each other. Olaf, the snowman really steals the show. I am really glad that I watched this before Once Upon A Time came on so I knew the plot line.

9. The Heat– Um talk about a dynamic duo Sandra Bullock and Melissa McCartney! This comedy was about an FBI agent who is working with a local police officer to bring down a drug lord. They are both stuck in their ways but they are forced to work together by their higher ups. They were a great pairing. I may be biased though because Sandra is my favorite actress so there is rarely something of hers that I don’t like. I loved it for pure comedic relief.

10. Lee Daniels’ The Butler-This film is a historical drama. It follows a White House butler through several administrations. Throughout it you see how segregation changes and the impact and evolution of the civil rights movement. I really enjoyed this movie. It was smart and fascinating to watch. I enjoyed the historical context, and the screenplay was great. There are a lot of big name people in this one too. I highly recommend this one!

11. Argo– This was Ben Affleck’s breakout film into directing. He really hit the mark on this one. This film is about the rescue mission of six diplomats during the Iran hostage crises in 1979-1981. The CIA mission was to use a fake film to be a guise to get these ix people out of Tehran under the radar during a time when people were being captured for knowing an American. This was a really good film, and rightly so since it won Best Picture at the Oscars. It did raise some similarities for me to what is going on in Iraq now as far as the direst. I think we often live under a rock as Americans and have no idea how bad things are in other nations. This is also another high recommend!

Friday Filters offer a review that are my own opinions. I was not contacted by anyone associated with these works or compensated for my review. My review has not been influenced by anything other than my love for entertainment and art.

Have you seen any of these movies? Do you share my views or did you feel something different?

This boy right here worked so hard through first grade. There were challenges of course. We learned how to navigate his learning space and create the best environment for him. The amount of effort he has put in to learn and adapt has been tremendous. His teacher was the best at providing feedback and patience as he figured out new skills, and also with us as parents. But despite all the growing academically, I am most proud of how good of a friend he has been. Any teacher we met with talked about his joy and how kind he was. So he may be the squirreliest kid we know, but man he can tug at your heart strings. Probably by talking your ear off since he has a story for everything! Happy last day of first grade buddy! Second grade here we come!
It's all about Daphne recently! So proud of our girl who is ready for kindergarten!