My husband has always wanted to be an Army man.

Tom as a kid playing in his Grandpa’s old Army helmet.

I know he had considered going after high school, but he choose to head to Warrensburg to start the normal track of a college freshmen. While I was in grad school, we had talked about the service, but in the end Tom decided to finish college and see where that took him. Once we were in Iowa, his job situation was not panning out as quickly as we had hoped and the thought of the military came up again. We went back and forth making the decision on whether Tom would enlist. It is not an easy decision for anyone to make and we made pro/con lists for months. It is not a decision that we took lightly, especially when we made this decision we had only been married for a hot minute.

But as you can see, Tom has always felt a calling to serving his country. So not even 6 months into our marriage, Tom took an oath to serve our nation.

This was the time for the Army. Every time before there was something else that he was destined to do. If he had joined before now, he would not have finished that degree. If he had gone after high school, we would not have met at Worlds of Fun that fateful summer. If he had gone during grad school, our relationship (eh maybe just me) at the time was not strong enough to endure the stress of the military. This time around, there was nothing holding him back. He was ready; we were ready.

I could not be prouder of the things that Tom has done in the last year and half as an American soldier. He put so many things on hold to fight for the things that he believes in the most. 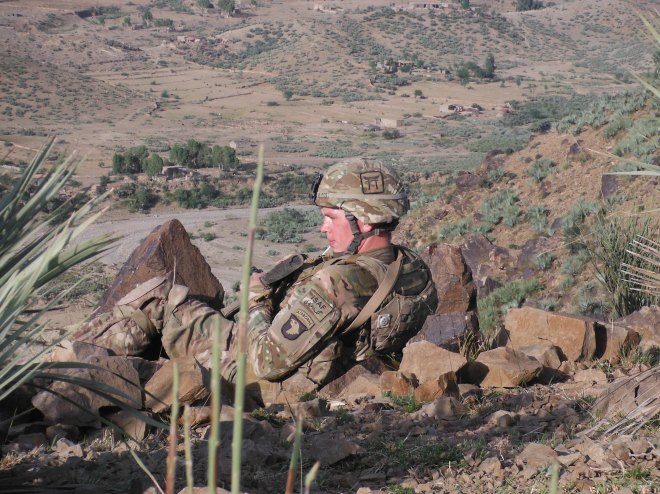 He is not one to let others fight his own battle, and he puts in everything he has to fulfill his duty. He would do anything for his unit, which as his wife can be terrifying because I know that he would give his life to save any one of those men.

But that gusto, courage, and confidence are the things that I am proud of. I am married to a great man, a brave man, a sweet man, an Army man.

And yesterday, I got to share him with the elementary school his sister works at. They had a Veteran’s assembly, and Tom was asked to speak since the school knew about him from sponsoring him during his deployment the year before.

If I was proud before, I was in tears proud of watching him be the keynote speaker for those kids. Yes I am that blubbering wife. It also did not help that I was sitting next to the sweetest little old Vietnam vet as well. And they played taps and a hero memorial montage video, I mean really how was I supposed to keep a dry eye?

We were able to see TJ there as well. Tom made him “his guest” to the reception they had for families, which meant he got out of class for about 10 minutes to eat cupcakes. Awesome!

We also got to hang out with our little niece a lot this weekend. And of course the relationship between Tom and Ava is priceless.

Yes, Tom smashed her face in her cupcake. After a moment of pouty face, she dug into the cupcake like nothing happened.

We had a great weekend back home, and it was great to see the outpouring of support for our Veterans. It was a little crazy to see the reaction to the uniform though. Around here in Clarksville, uniforms are such an everyday thing, so seeing people react back home was interesting to say the least.