Today, I am linking up with Ashley from Eights on the Move for Military Monday and PCS Adventures.

I thought Student Affairs was bad with acronyms. That field has got nothing on the military.

PCS or Permanent Change of Station is basically the military’s way of saying moving for your job.

I am finally feeling like we have settled in from our PCS in May.

In the military, you can have the government pack and move you if you so choose. Tom and I decided to do a DITY (Do-IT-Yourself) move, which is where we move ourselves and then get paid by the Army.

We ended up saving/gaining some mula doing it this way. This way, I also had control over it and knew where everything was. Plus with the timing of things from my exit from Iowa State, we were able to get moving help from my end as well with loading the truck.

Many people take this opportunity to travel and see the sites along the way to their new abode. Unlike others, we did not do anything extravagant on the way here. Our road trip was simple-get there as fast as we can. I get really stressed out on road trips-mostly because I get restless and cranky. We just wanted to get out of that Uhaul and into our new space. Plus sight-seeing can be somewhat difficult with a pooch. So we just drove through Iowa, Missouri, Illinois, and Kentucky stopping as little as we could. 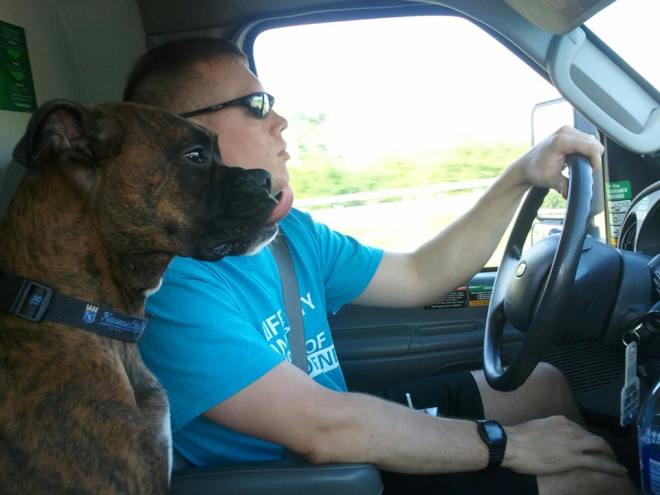 I was so lucky to have Tom help with the moving process. I am a little terrified of driving. (Seriously, I have a panic attack about driving on a weekly basis.) So driving this bad boy is a nightmare for me. I couldn’t imagine doing it without him, which is what many military families have to plan for. We have been thinking about what the next move will look like and the timing of his exit out of the Army and the next deployment. There are a lot of things to consider, but we aren’t going to worry about that just yet. But I am leaning more towards using PODS, especially since the Army will not pay for you to move “out.”

I am not sure which option is better. They both have pros and cons to it. I think you have to figure out what is best for you and your situation. It may look completely different if there are kids in the mix and depending on where you are going.

Maybe we would have taken more time if the trip would have needed to take several days across country anyway. Also if we were PCSing to say Italy or Hawaii, I think sight-seeing would be in order…all the time.

Regardless, I am glad the move is done and our PCS story has been written.

But the thing is, with the Army, someone is always PSCing. Tom’s unit seems to be doing all kinds of turnover. I feel like every day he comes home talking about another new person. It is really difficult to keep track. I need him to make the Army version of a family tree to keep it straight, along with their titles.

With this you have to say goodbye to people that you have gotten close to and learned a great deal from. You do this in any move really, but the frequency is probably not as high as it is in the military. It is just part of the deal with the Army. You get to meet a lot of people along the way, but they may not always stay in your neighborhood.

Tom just recently said goodbye to his platoon sergeant. Tom was the driver of his vehicle in Afghanistan, so he got to know the Sgt. pretty well. Plus, I think Tom was attached to him more because this Sgt. was his first out of basic and for his first deployment. But that is me just speculating the sentimental. His wife was also the FRG leader who answered all my questions while Tom was deployed and I was in Iowa. 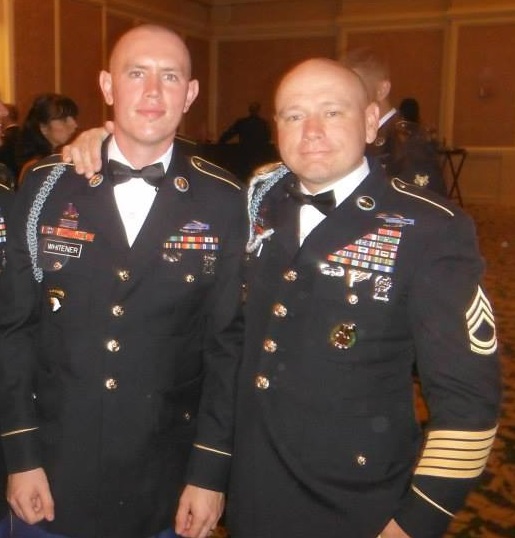 To show their appreciation, the company pooled together to get him a gift. Tom of course went into creation overdrive to make it the best thing ever. And it is one of the coolest things I have seen, so of course I have to share it!

They bought him a gun and had it engraved with special emblems for the brigade and company. It looked pretty snazzy! Then Tom made a box that looks like the boxes that everything came shipped in while they were in Afghanistan. 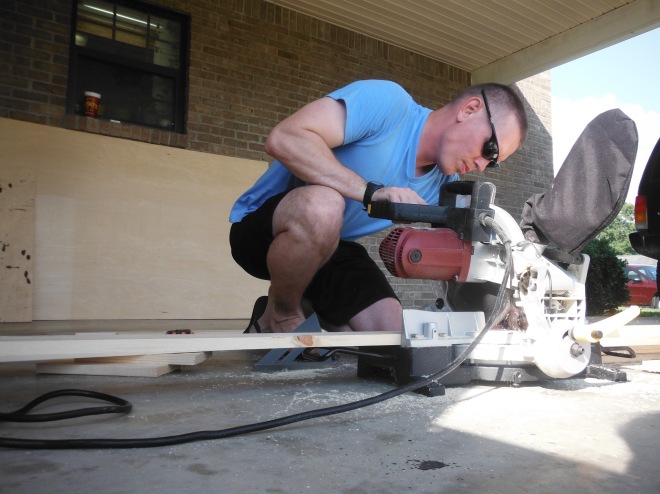 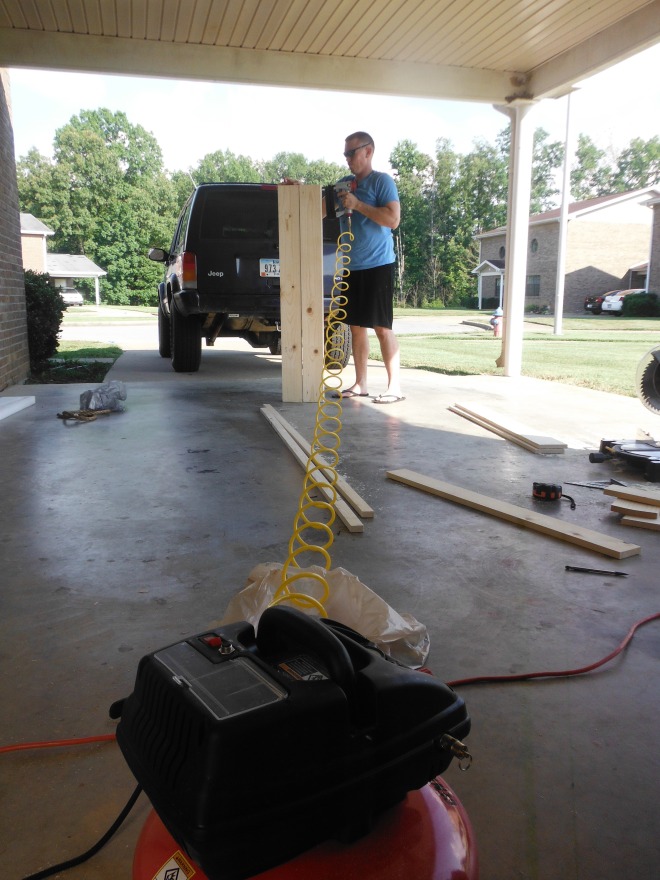 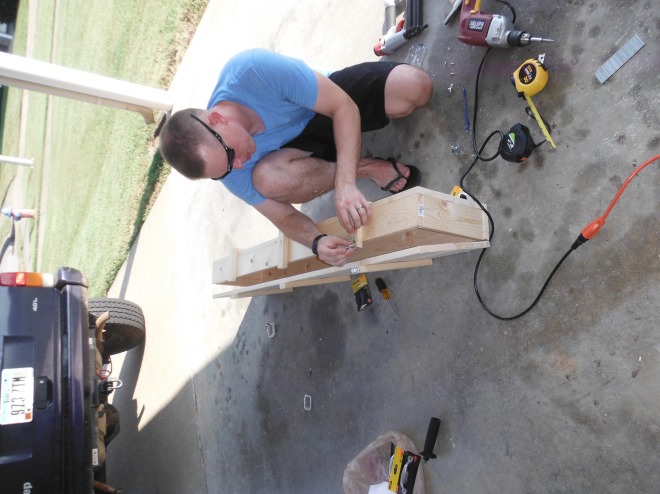 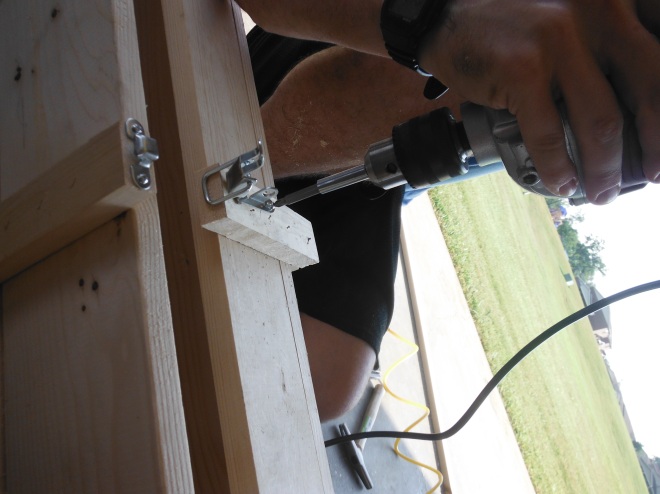 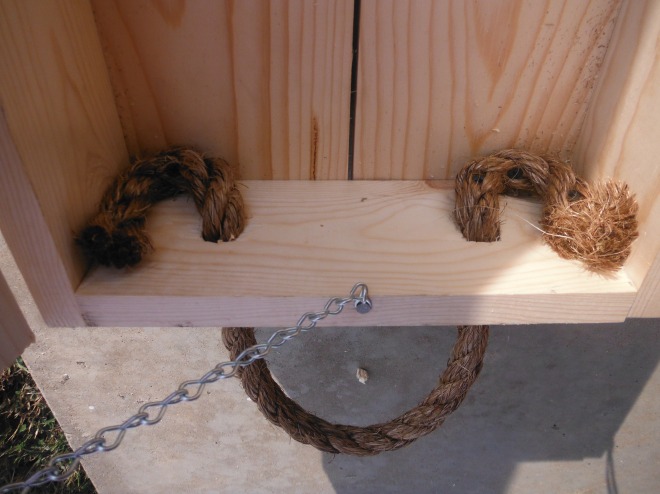 The fun thing about this, was that Tom took a lot of time and energy to make it look like he didn’t care about the details. He was very particular about making it look like it had been on deployment. 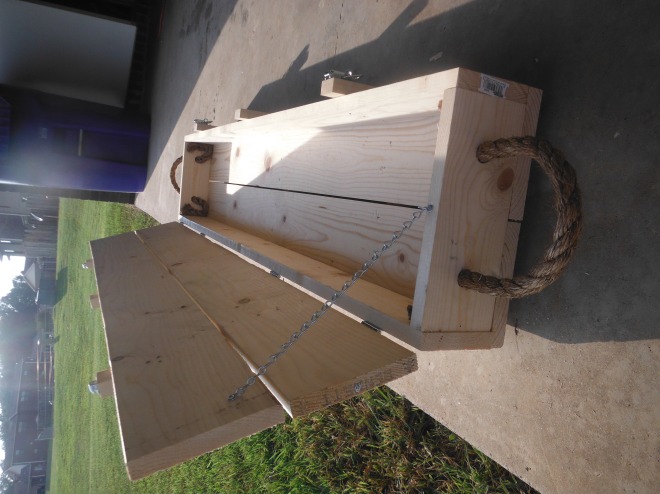 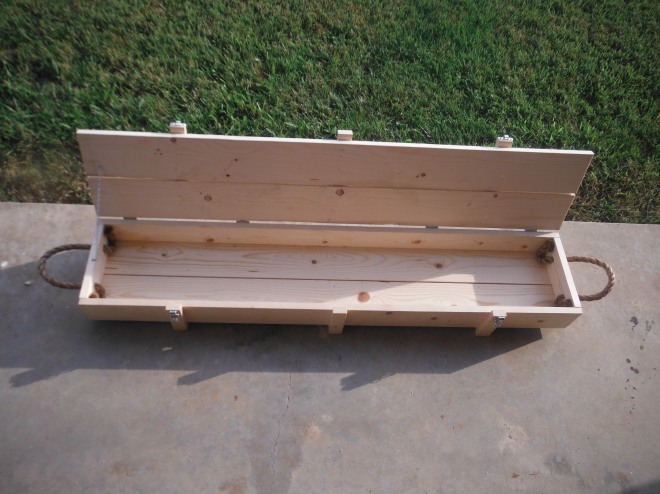 He then bought foam padding and also used the padding from the box the gun came in to cushion the gun while moving it. 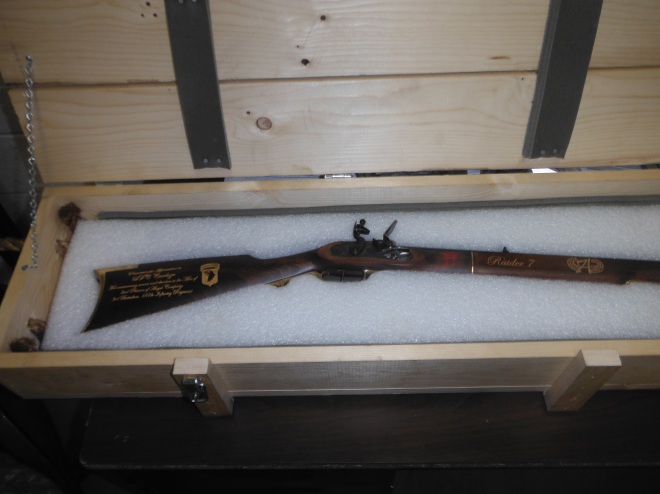 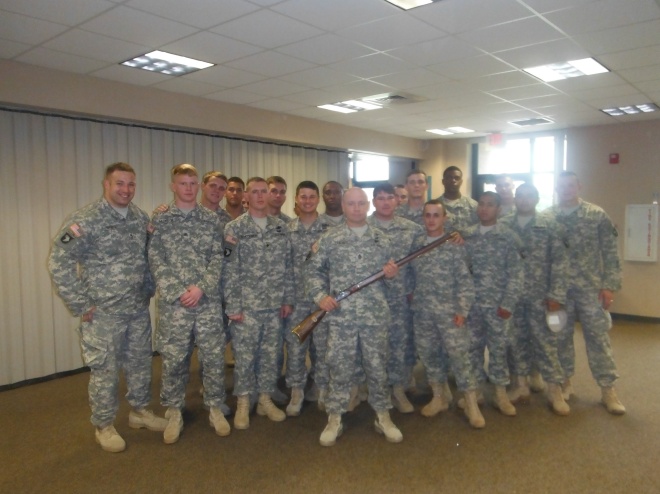 Even though I didn’t get to see this, it was fun hearing how the company gave the gift and the reactions from everyone. This family will be missed when they move to California!