Lay eyes on, take a glimpse of, take notice, catch sight of, get an eyeful.

These are just a few words and phrases that I thought of in regard to sight. And these are words that are spoken so casually every day.

And maybe as a person too.

It has been “eye” opening so to speak.

This entire semester, I attended a Math class with a student who is blind. I am this student’s class aid.

Basically, I have been the student’s eyes all semester.

Did I mention it is in a Math class?

Now I was never well-equipped myself in the math area. And here I found myself trying to explain geometry shapes from dot paper and the properties of an isosceles triangle. I would catch myself on more than one occasion talking with my hands in the air to describe a shape-dang hand motions.

Every day in class, as the professor explained problems and wrote out equations, I attempted to show this student via math manipulative kits what exactly was going on.

We used various tools such as these:

This Geoboard became my best friend when trying to explain graphs and shapes.

These came in handy when we had to do reflections of shapes, and where the student was requested to draw things. 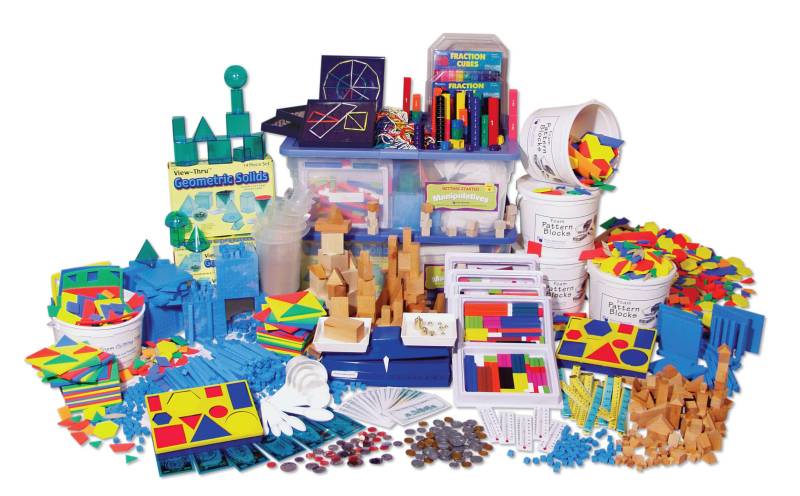 We used so many of these things as hand “visuals.”

Even here, I am using a visual to explain my point…see where I am going with this?

Math is so difficult. (I wish I would have paid more attention to my best friend’s math songs.)

So many days I would come back to the office just stuck and frustrated.

Stuck because I had no idea how to explain math. (I went into Social Studies for a reason.) As a visual learner myself, I very often was stumped on how to translate the visual of shapes and volumes .

Imagine adding circles to the this, and each angle being labeled and having to explain corresponding angles….my worst educational nightmare.

I was frustrated by how quickly the student was left behind to our own devices. We were usually two or three steps behind the rest of the class because it would take me a second to collect the information and then get the manipulatives set quickly to explain things while regurgitating the lecture with the objects we are using. I was frustrated that I couldn’t go faster, and frustrated that the rest of the class just moved along without us. Most of all, I was frustrated because I could see the answer but I had to keep my mouth closed. It was their math lesson to learn, not mine.

I was also an aide for a different student in a biology lab. Due to mobility issues, they needed someone to be their hands for various lab practicals. Ha, watching me put knocked out flies on lab slides and draw blood from a student’s finger was a trip…

These two classroom experiences allowed me to witness the myriad of things that students with disabilities face. Since I was just an observer, I picked up on so many things that I missed while attending school.

However, I did see some awesome moments throughout the semester. There were several students who would speak up to help slow down the class if they saw us struggling. Some would offer to help tutor after class and plan study sessions together before big tests. I also had the chance to get to know these two individuals really well, which was a bonus for me to hear about them personally and academically. I saw professors do their best to find techniques like hooking a computer up to a microscope or spending hours puffy painting worksheets and providing wiki sticks for class work.

I am not perfect. This semester was so difficult and challenged me more than I would like to admit. I was frustrated when I couldn’t get the message across and felt like I was at a dead end. There were times that I said, “Well just look at it this way.” I often tried to move faster than I should have. Sometimes, I was nervous to challenge the student and wanted to go the easy way out.

But it wasn’t my educational experience on the line, so I had to buck up and admit that I needed help. I often stayed after class to ask the professors for advice and voiced my concern. On more than one occasion, I met with these students one on one outside of class to adjust our strategies and ensure we were on the same page with communication and expectations. At least once a week, I sat in my boss’s office to brainstorm strategies specifically for these students or found myself digging through boxes to find other manipulatives that we could use. It was a huge reminder that it isn’t about me. I am not in this field to help me. So I had to put away my fear of math and science and just dive right in with the students.

Bring it on bugs and math charts!

For these students, we need to work to make educational readily available. If that means that we have to stay a little extra, do more research, change the format to create the same result (without making it a freebie), and acknowledging the skills they bring to the table, that is our responsibility as educators. What works for one person, doesn’t work for all. Just because you get it, doesn’t mean that everyone is on the same page. So regardless of whether the student has a disability or not, I feel that this was a huge lesson/reminder for me.

Just because we are at a college level, that doesn’t give us the right to just leave people behind. I understand that students have to step up their game once they hit college courses. But I think educators should do the same, and often they are standing behind the guise of this is college so deal with it. We have to give them an equal chance to put in the work. If the student isn’t willing to perform, that is obviously on them. I am more than happy to tell a student they need to do more. They have the responsibility to ensure they ask the questions and speak up for their education. And when they do, we need to be sure to provide them with adequate tools to play the game.

You wouldn’t give a football player a tennis racquet to head into the Super Bowl. Why would you expect a student who is blind to understand what you are writing on the whiteboard?

(Additionally, I have learned a lot about math and biology. Apparently when I don’t have to take the test, it soaks in a lot more. Not that I would ever need to know how to tell the sex of a fruit fly, but I can.)

On an unrelated note, there are a lot of “That’s what she said” moments in a biology lab. The pipette day alone…oh goodness.

10 thoughts on “Within Eyesight”